Having set out my personal interest in trying to get to the root of why, in the words of Kevin Owocki , "we can't have nice things", and how we can potentially cooperate our way out of this situation, in this third part I would like to dive into what I see as the fundamental issue relating to what appears to be the problem of evil in this world. No pressure, then. ;)

As Darren Allen has written about the Coronavirus pandemic , (highlighted by Daniel Pinchbeck here ), but which can apply to all outcomes which are unwanted by the majority of people, there are two basic theories: the "soft strategy" and the "hard conspiracy". The soft strategy basically says that the net result of everyone acting basically with good intentions, albeit mostly in their own self-interest, is the cause of the unwanted situation. The hard conspiracy posits that the situation has been intentionally organised by a cabal of powerful people. Allen himself says that the truth is probably a mixture of the two strategies:

There is no need to posit an Illuminati behind the growth of the system at any point in its history, just as there isn’t now. I can’t stress this enough, how true it is and how important it is. The system has its own logic, its own ‘nature’, its own momentum, just as the minds of the fearful domesticants which comprise it do. - Darren Allen

I must say that I personally favour the soft strategy when it comes to Covid-19, and overall tend not to agree with Allen about it, but of course that's not to say that various people and factions haven't rapidly taken advantage of it in order to advance their own agendas. And I am open to be persuaded that it is in fact a hard conspiracy.

The concept of Moloch I am talking about here is essentially similar to the idea of the soft strategy but can include the hard conspiracy: scarce resources produce races to the bottom whereby the doctrine is, in the words of the immortal Dr. John "if I don't do it, somebody else will". If I don't cut down the last tree on Easter Island for firewood, somebody else will, and their family might survive the winter while mine dies. So I am going to cut it down before he does. This is a multipolar trap.

...without regulation, markets are going to have multipolar traps that they cannot resolve. By multipolar trap, it’s a generalization of whether it’s a tragedy of the commons or an arms race or any kind of race to the cliff or race to the bottom. These are scenarios where somebody can do something that is bad for the whole over the longterm, but very good for them over the near term and provide so much competitive advantage that without law to bind it, people will still buy the thing. - Daniel Schmachtenberger

A situation of scarcity can also, in producing the conditions for a race to the bottom, create what might be called "evolutionary niches for psychopaths". People lacking in empathy are often the best equipped to act first in any given multipolar trap or race to the bottom, as they are not encumbered by conscience and likely make purely game-theoretic calculations on whether to act in a certain way or not.

Sometimes these non-empathetic people coordinate together, or with empathetic people who feel they have no choice in the matter, or who have been sold a tale in order to get them to cooperate (the Iraq war springs to mind), in a "hard conspiracy" configuration, producing what subsequently ends up being recognised as a conspiracy.

What I won't go into too deeply here, but which I feel is worth mentioning, is the possibility for a conspiracy intentionally to create the scarcity conditions for a race to the bottom. One example might be Nestlé or Coca Cola buying up the rights to a community's water supply from corrupt politicians in order to bottle it and sell it back to the community at a massive profit.

This is a 'chicken and egg' story in some way. Does scarcity cause evil or does evil cause scarcity? Of course no physical resource is finite and scarcity is a fact of life. Artificially-generated scarcity in order to make a profit is a fact of capitalism.

Either way, we have established that conditions of scarce resources can lead to multipolar traps. Now we will consider the characteristics of the mythological Moloch to examine why he is an appropriate symbol for the coordination failures which end up enabling evil to exist in an ever-expanding feedback loop, and why thinking of him this way can be useful.

As Scott Alexander states in the classic Meditations On Moloch essay, "thinking of the system as an agent throws into relief the degree to which the system isn’t an agent."

Moloch is, I remind us, an ancient Ammonite god, known for child sacrifice, mentioned several times in the Old Testament (although only once with the spelling Moloch , which is Greek; the other times he is referred to as Molech , the Hebrew name: מלך).

He has become synonymous with the concept of insatiability which has led in more recent times to his name being shorthand for the epitome of a person or process who can never be satiated, hence the phrase: "the Moloch of...". The Moloch of potato chips would be someone with an insatiable appetite for them, above any other person, (and would presumably have a rather dismal life expectancy, while as far as we know, there is no limit on the number of children Moloch can consume).

As we saw in part two of this series , Marx identified capital as Moloch, due to there always being more debt than money in the dominant economic paradigm, thus creating an insatiable need to convert nature and labour into capital.

Another example, identifying civilisation itself as Moloch, can be found in the book Immoderate Greatness: Why Civilizations Fail by William Ophuls:

Because civilisation is not natural, sustaining it entails a continuous input of matter, energy, and morale without which it would necessarily decline or even collapse. Indeed, civilisation is a kind of Moloch whose demands for material and human sacrifice grow in proportion to its greatness.

The  mythological Moloch's other basic characteristics include an affinity with fire (an insatiable element), complete immorality (he eats children, for god's sake!) - but at the same time a possibility of being pacified temporarily by sacrifice. He is a being who craves the sacrifices of others.

This last aspect of being able to be temporarily pacified but never completely vanquished shows why he is favoured as the god of coordination failures by the DAO movement - coordination failures are always with us and we need to be constantly vigilant against them, but they can be mitigated to a large extent by learning to coordinate well together.

Another aspect to DAOs and cryptocurrency which I find to be valuable is the general acceptance that bad actors and failures to coordinate effectively are always with us. This shows that in some way lessons have been learned from previous attempts to create a better world, such as the hippy or flower-power movement, whose well-intentioned slogans such as "all you need is love" tended to blind people to the fact of the reality of power, and that any territory ceded will be seized as soon as possible by those who do not believe in love. All you need is power.

I don't believe that love and power are mutually exclusive, rather that power must be wielded only in the service of love.

(As a side note, for me a big part of the reason that the " 27 club " exists is because musicians who believed in a better world were worked almost to death by businessmen and managers who (especially in the 1960s) believed pop music was a passing fad and that they needed to make maximum profit from it during its (presumably) short life. The musicians took drugs (among other motives) in order to be able to cope with the insane demands of their touring and recording schedule, didn't take care of business because that was seen as uncool, and (along with other factors) this saw them completely burned out and dying by the age of twenty-seven.)

At this point, it might be worth speculating about the relationship between Moloch and Christ. Moloch demands sacrifices endlessly, Christ supposedly made "the sacrifice to end all sacrifices", and his doctrine of 'turn the other cheek' surely went a long way towards ending honour-based family feuds which otherwise would have festered for many generations. Becoming a Christian gave people a reason to be able to forgive "those who had trespassed against them" and draw a line under the whole thing.

In contrast, Moloch is forever-insatiable. He is temporarily placated by child sacrifice but soon enough will require more, and there will be no end to this for his followers. If we find ourselves constantly running to stand still with no end ever in sight, maybe it's worth considering to which Moloch we have condemned ourselves to sacrifice.

I was intending to compare and contrast Moloch and Ahriman this time, but I think this entry is long enough as it is so that can wait until next time. 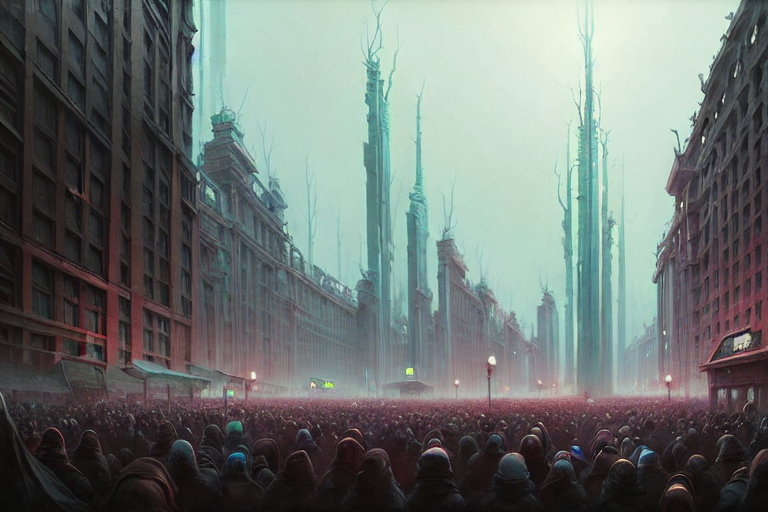 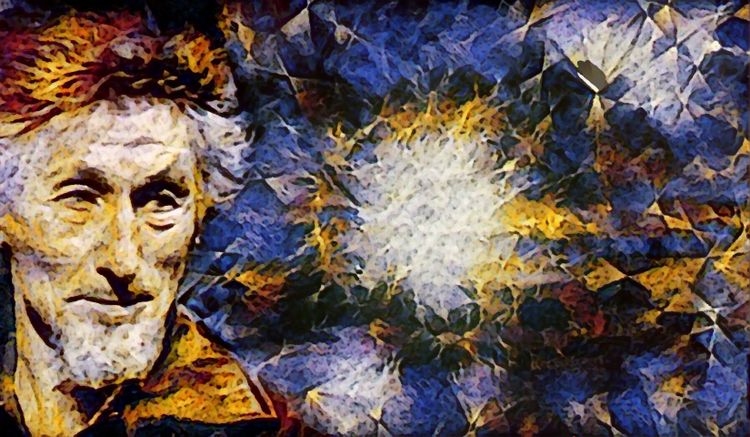 This is Part Four of the investigation into Moloch, the Solid State Intelligence, Ahriman, and other dark forces which are either a kind of shorthand for coordination failures, or, from another viewpoint are in a very real sense evil entities.
Nov 10, 2021
5 min read